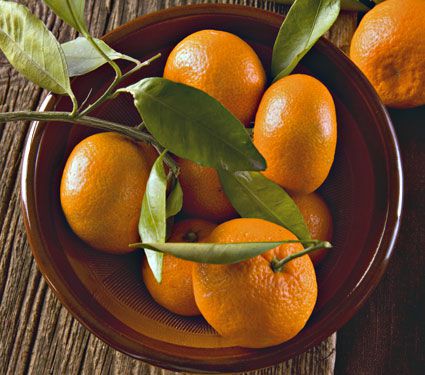 One of the many problems with dispensing nutritional advice, in this or any forum, is the issue of access: to fresh vegetables and quality ingredients, to a clean and well equipped cooking space, and most importantly, to time, as this study by a team of sociologists at North Carolina State University concludes. I think this point is important to draw attention to because so many in the food movement preach a relationship with food that, let alone being inaccessible to the low-income women and families discussed in the article by Bowen, et.all, is often also inaccessible to many “middle class” foodies such as myself.

Everytime I think about this issue, I can’t help but remember Alice Waters as she sat facing me and 700 others in the packed-to-standing audience of my “Edible Education” class in UC Berkeley’s Wheeler Auditorium one evening in February 2014. As she spoke she repeatedly caressed a bowl of scarce two dozen heirloom satsuma mandarins, eventually circling to her point that it takes consumption of truly good food to inspire awareness of the importance of food. At last she mentioned that she brought this fruit to share it with us, so that we could know the truth she was preaching. I caught my neighbor’s likewise raised eyebrow, and we chortled amidst the collective laugh-groan-murmur of discontent: it was clear those mandarins wouldn’t even make it across the front row. Was Alice Waters, grand dame of the slow food movement and hero of food writers across North America, at all aware of the larger metaphor for foodie elitism she had inadvertently perpetrated?

The next day, in my regular walk past the rustic wooden gate barring the mystique of Chez Panisse from the pedestrian tumult on Shattuck Avenue, I noted that Waters’ Michelin star rated cafe would be serving up a comparatively modestly priced $70 prix fixe dinner that night. My question became moot, drowned in the truth of the fact that whatever this food movement was that Alice Waters was a part of, schmoes like me would be lucky to be invited in as a dishwasher. And even then I wouldn’t get a chance to taste Waters’ own definition of “good food,” because none of her kitchen staff actually gets to eat any meals cooked at Chez Panisse on the house (I sought one out and checked).

Positioned thus, with the utmost academic and personal awareness of the many problems on my side of Waters’ too-small-for-actual-sharing bowl of satsumas, it is with great surprise that I find myself agreeing with farmer and local food systems activist Joel Salatin in one point of his otherwise rather solipsistic rebuttal to Slate’s coverage of the Bowen study: “While extreme hardship does certainly exist… let’s not excuse the other 98 percent from their responsibility on that account.” Salatin’s “98 percent” figure is inflated enough to immediately prove how out of touch he is. In reality, 14.5% of Americans actually live below the poverty threshold, and 32.1% of working families live within 200% of the poverty line, according to the Population Reference Bureau. These figures don’t even account for cost of living differentials in large metropolitan zones that push even so-called “middle class” people into relative (i.e. uncharted) poverty – greetings, from those of us lucky enough to afford our cheap seats just ahead of the peanut gallery! In spite of these problems, however, I think the spirit of his argument holds. That’s right, whatever my issues with his rhetoric, I think Joel Salatin of Polyface farms is basically correct: those of us that can take responsibility for our eating habits, should take responsibility for our eating habits.

Many of us, myself included, are less affected by structural mechanisms of lacking access to healthy food than others. I’m fortunate enough to live an easy drive from any of several chain supermarkets, one good supermarket offering pricey organic produce and bulk dry goods, and a farmer’s market. I could even participate in a CSA if I could like, get my life together enough to sign up for, and meal plan for one around it (one of these days…). I recognize that this is comparative food abundance, even while I continue to complain that my food budget stretched further in temperate California, “America’s breadbasket,” where farmer’s market prices remained low enough that healthy fancy foods were always accessible ($1 avocados, how I miss thee!). Even in the more expensive mid-Atlantic region I can still mostly eat both well and within my budget with a modicum of thought put into things: eggs more than meat, working around seasonal/sale veggies, saying no to all but my strongest cravings.

Despite this acknowledged privilege, I routinely find myself purchasing healthy-ish convenience foods that without question are more costly than my homemade food, simply because I haven’t planned ahead. When I think about this in comparison to most people throughout human history, again, I am confronted with the magnitude of my privilege – the very fact that it is possible for me not to plan ahead is historically revolutionary. Having the freedom to “just grab some takeaway” puts me into the sub 0.1% of humans whom have ever existed liberated from food security worries and time constraints of meal planning. Living as I do pampered within a WEIRD (western, educated, industrialized, rich, democratic) lifestyle, and all the same knowing that I know better than to eat convenience foods, discussions of agency amidst structure aside, whose responsibility but mine is what I choose to feed myself? Whose responsibility but mine is how I chose to budget my time and money?

Again, this doesn’t apply to everyone, but for the majority of people reading who have sufficient income to spend on food/groceries, a kitchen in which to cook, and a couple hours per week to cook and prep ahead: you can take responsibility for your eating habits, and you should take responsibility for your eating habits. Eating well, and at regular intervals, is the first and foremost thing you can do to positively influence your health. In Chinese Medicine, food is viewed as the first and foremost method of treating illness or better yet, preventing it altogether. Each food has specific directional and functional qualities, and overtime will impact your body for better or worse.

What is a Healthy Diet?

A “healthy diet” in Chinese Medical theory is fairly simple: a balanced plate (bowl, really), with harmoniously varied flavors that change throughout the year to reflect changes in the external environment. So basically a balance of macronutrients, a variety of micronutrients containing flavors that work well together and with the main dish, and a preference for seasonally available food, so one’s eating accords with the weather.

I hesitate to recommend any more specific diet plan, because ultimately I believe each individual needs to a find a food balance that works for them. Some people need more protein, and some function best without, or with, grains. Anthropologically speaking different groups in different places and contexts have always eaten in a diversity of ways: the Inuit for generations survived thrived on seal flesh, fat, and offal; Egyptian workers were sustained dominantly by beer and bread; and Chinese farmers have long eaten mostly rice or millet with far smaller amounts of whatever else was on hand. The dietary patterns of these groups were all shaped by availability. As a modern “supermarket forager,” you have the unique distinction of choice: with great power of selection comes great responsibility, for your body and for the broader environment; use it wisely.

Why Cook for Yourself?

First, for the pickers:

But also for yourself, and your children, and your grandchildren (endocrine disruption caused by pesticides – many of which mimic estrogen in the body- – has lasting effects, folks):

How to Cook for Yourself: